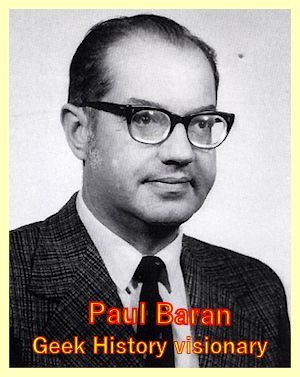 In 1969, when the US Defense Advanced Research Projects Agency (ARPA) started developing the idea of an inter-networked set of terminals to share computing resources, the reference materials which they considered included Baran and the RAND Corporation's "On Distributed Communications"

The RAND name originated as a contraction of Research and Development. RAND continues to operate today as a nonprofit research and analysis institution across a broad range of subjects.