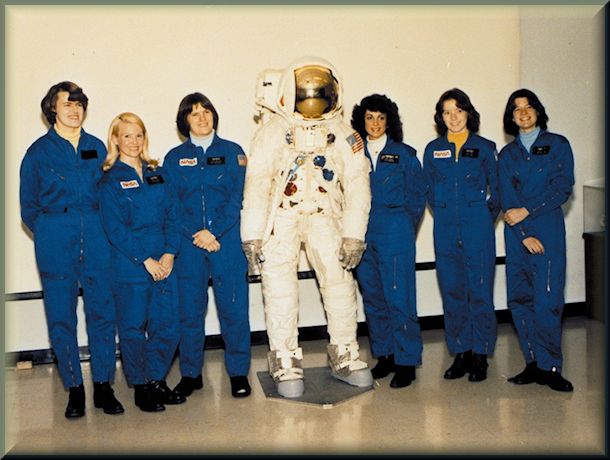 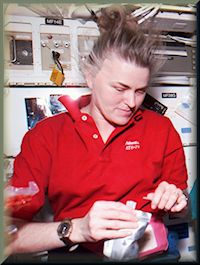 Dr. Lucid was the first woman to hold an international record for the most flight hours in orbit by any non-Russian, and, until June 2007, she also held the record for the most flight hours in orbit by any woman in the world. From February 2002 until September 2003, Dr. Lucid served as NASA's Chief Scientist stationed at NASA Headquarters, Washington D.C., with responsibility for developing and communicating the agency's science and research objectives to the outside world. She returned to JSC in Fall 2003 and resumed technical assignments in the Astronaut Office. She served as a CAPCOM in the Mission Control Center for numerous Space Shuttle and International Space Station (ISS) crews, representing the Flight Crew Office and providing a friendly voice for dozens of friends and colleagues in space. Dr. Lucid retired from NASA in January 2012.

Margaret Rhea Seddon was born November 8, 1947, in Murfreesboro, Tennessee, received a Doctorate of Medicine in 1973 from the University of Tennessee. She flew on space missions STS-51 Discovery, STS-40 Columbia, and STS-58 Columbia for a total of over 722 hours in space. Dr. Seddon retired from NASA in November 1997, taking on a position as the Assistant Chief Medical Officer of the Vanderbilt Medical Group in Nashville, Tennessee. 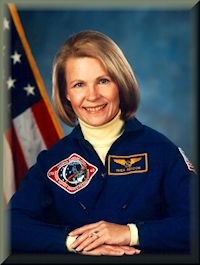 Dr. Seddon's work at NASA has been in a variety of areas, including Orbiter and payload software, Shuttle Avionics Integration Laboratory, Flight Data File, Shuttle medical kit and checklist, launch and landing rescue helicopter physician, support crew member for STS-6, crew equipment, membership on NASA's Aerospace Medical Advisory Committee, Technical Assistant to the Director of Flight Crew Operations, and crew communicator (CAPCOM) in the Mission Control Center. She was Assistant to the Director of Flight Crew Operations for Shuttle/Mir Payloads. A three-flight veteran with over 722 hours in space, Dr. Seddon was a mission specialist on STS-51D (1985) and STS-40 (1991), and was the payload commander on STS-58 (1993).

In September 1996, she was detailed by NASA to Vanderbilt University Medical School in Nashville, Tennessee. She assisted in the preparation of cardiovascular experiments which flew aboard Space Shuttle Columbia on the Neurolab Spacelab flight in April 1998. Dr. Seddon retired from NASA in November 1997. 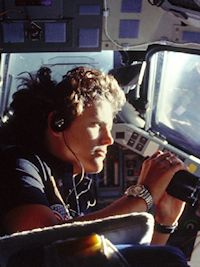 Kathryn Sullivan was born October 3, 1951 in Patterson, New Jersey but considers Woodland Hills, California to be her hometown. She received a Bachelor in Earth Sciences from the University of California, Santa Cruz in 1973 and a Doctorate in Geology from Dalhousie University in Halifax, Nova Scotia in 1978.

Dr. Sullivan's NASA research interests were focused on remote sensing. She qualified as a systems engineer operator in NASA's WB-57F high-altitude research aircraft in 1978 and participated in several remote sensing projects in Alaska. She was a co-investigator on the Shuttle Imaging Radar-B (SIR-B) experiment, which she flew on Mission STS-41G.

Dr. Sullivan left NASA in August 1992 to assume the position of Chief Scientist of the National Oceanic and Atmospheric Administration (NOAA). She later went on to serve as President and CEO of the Center of Science and Industry in Columbus, Ohio.

Judith Resnik was born April 5, 1949 in Akron, Ohio. Upon graduating from Carnegie-Mellon University in 1970, she was employed by RCA located in Moorestown, New Jersey; and in 1971, she transferred to RCA in Springfield, Virginia. Her projects while with RCA as a design engineer included circuit design and development of custom integrated circuits.. 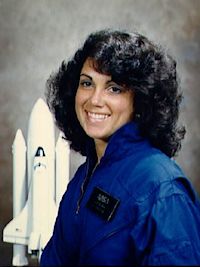 Dr. Resnik was a biomedical engineer in the Laboratory of Neurophysiology at the National Institutes of Health in Bethesda, Maryland, from 1974 to 1977, where she performed biological research experiments concerning the physiology of visual systems. Immediately preceding her selection by NASA in 1978, she was a senior systems engineer in product development with Xerox Corporation at El Segundo, California.

Dr. Resnik first flew as a mission specialist on STS 41-D which was the maiden flight of the orbiter Discovery on August 30, 1984. The crew earned the name "Icebusters" in successfully removing hazardous ice particles from the orbiter using the Remote Manipulator System. STS 41-D completed 96 orbits of the earth before landing at Edwards Air Force Base, California, on September 5, 1984. With the completion of this flight she logged 144 hours and 57 minutes in space.

Dr. Resnik was a mission specialist on STS 51-L which was launched from the Kennedy Space Center, Florida, at 11:38:00 EST on January 28, 1986. The STS 51-L crew was killed when Challenger exploded after launch. 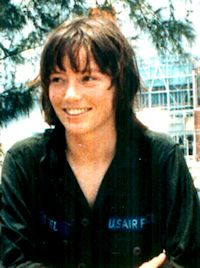 Anna Fisher was born August 24, 1949, in New York City, New York, but considers San Pedro, California, to be her hometown. After graduating from UCLA in 1971, Fisher spent a year in graduate school, working in the field of x-ray crystallographic studies of metallocarbonanes. She began medical school at UCLA in 1972 and, following graduation in 1976, commenced a one year internship at Harbor General Hospital in Torrance, California. After completing that internship, she specialized in emergency medicine and worked in several hospitals in the Los Angeles area.

From 1989 through 1995, Fisher was on a leave of absence from the Astronaut Office to raise her family.. From 1996 through 2002, during the early phase of building the International Space Station (ISS), Fisher was the chief of the Space Station branch. In that capacity, she coordinated inputs to the operations of the space station for the Astronaut Office, working closely with all the international partners and supervising assigned astronauts and engineers. From January 2011 through August 2013, Fisher served as an ISS Capsule Communicator (CAPCOM) working in the Mission Control Center and was also the lead CAPCOM for Expedition 33. Currently, Fisher is a management astronaut, working on display development for the Orion Multi-Purpose Crew Vehicle (MPCV) and supports European payloads for the ISS Integration branch 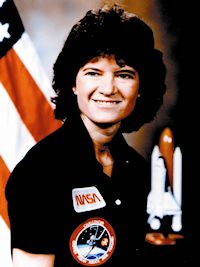 She discontinued mission training in January 1986 to serve as a member of the Presidential Commission on the Space Shuttle Challenger accident, also known as the Rogers Commission. Upon completing the investigation she returned to NASA Headquarters as Special Assistant to the Administrator for Long Range and Strategic Planning.

Dr. Ride has written a children's book, To Space and Back, describing her experiences in space. Her latest books include Voyager: An Adventure to the Edge of the Solar System and The Third Planet: Exploring the Earth from Space. Dr. Ride is currently a physics professor and Director of the California Space Institute at the University of California, San Diego..

During a search of NASA photos I found many showing women working in various roles for many years. As this site grows we hope to highlight the contributions of women in the world of technology and science, to educate honor the great female geeks of our society.

The biographical information on the astronauts was found on various NASA websites. The photos are from the Internet Archive (Archive.org) as well as NASA websites. The information is believed to be public domain and has been edited and modified for use on Geek History. The flight numbers in the astronauts biographies refer to the shuttle missions. STS stands for Space Transportation System, and the numbers represent the flight number stating with STS-1, launched on April 12, 1981.


Please refer to the links listed here to find the original photos for your own personal use and learn more on the topics covered.