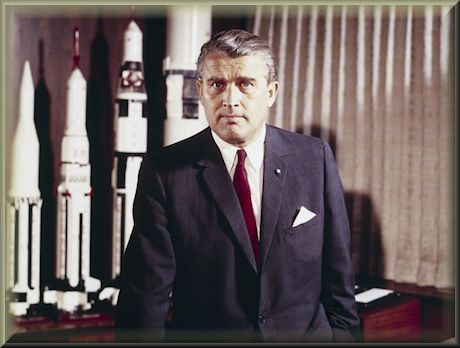 Not only was von Braun a Nazi, but he was also member of the SS, a major paramilitary organization under Adolf Hitler and the Nazi Party. The SS, along with the Nazi Party, was declared a criminal organization by the International Military Tribunal, and banned in Germany after 1945. In the closing days of World War II, von Braun and a group of his rocket scientists surrendered to American forces. They were embraced by the United States government and began working for the Army on rocket technology.

In 1957, von Braun's team worked to launch the first U.S. satellite. Explorer 1 was launched on Jan. 31, 1958. Von Braun and his team were transferred from the Army's control to NASA's when the National Aeronautics and Space Administration was established in 1958.

Von Braun became director of NASA's Marshall Space Flight Center (MSFC) in Huntsville, Alabama, in 1960. As head of NASA's Marshall Space Flight Center, von Braun lead the development of the Saturn V booster rocket that helped land the first men on the Moon in July 1969. Dr. von Braun served as Marshall's first director from 1960 until his transfer to NASA Headquarters in 1970.

The legacy of von Braun

There is also a dark side of the von Braun story that is outside the realms of Geek History. Prior to coming to the United States, von Braun and his team developed weapons of war for a ruthless government associated with hate crimes and torture. Wernher von Braun was a high ranking officer in the German Nazi Party during World War II that used concentration camp prisoners as slave laborers in the rocket program.

Should von Braun be remembered as the father of rocket technology or a Nazi Party war criminal?  When asked what is the legacy of rocket scientist Werner von Braun, it is very difficult to balance his work with the German Nazi Party against his achievements with NASA. There are many people who applaud von Braun as a great scientist. You can also find many commentaries who condemn him as a Nazi war criminal.

We remember von Braun here at the Geek History website for his accomplishments as a rocket scientist for NASA. The contributions of von Braun and his colleagues in creating the technology that put a man on the moon is pretty high in geek significance. Von Braun and his team at NASA developed rockets to explore new worlds, and for that he is remembered as a brilliant scientist. 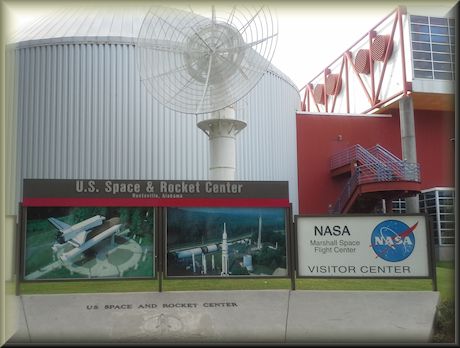 I highly recommend anyone interested in learning more about space travel and the history of the Saturn V rocket visiting the U.S. Space and Rocket Center in Huntsville, Alabama. As much as it is a Space and Rocket Museum, putting it into perspective, it is a Space and Rocket History Museum. Wernher von Braun had a big influence on the development of rocket technology as well as the establishment of the museum in Huntsville, Alabama. In addition to numerous space and rocket exhibits, there are also many items which help to learn more about Wernher von Braun, the scientist and the person.

With indoor exhibits, outdoor exhibits, and an IMAX theater, the U.S. Space and Rocket Center is a top notch educational complex in the same class as the Smithsonian's National Air and Space Museum, or the Kennedy Space Center. An absolute must see for anyone who loves technology.

Most Americans outside of Huntsville, Alabama probably would not associate Wernher von Braun with the space program. Initially I had planned to have a page on legendary rocket man Wernher von Braun under the section of famous geeks. But as I started gathering up photos and information from NASA, I realized that my tribute to geek history needed a section on space exploration.

This page will serve as the front door to the Geek History section on space exploration, as additional pages are added they will appear on the list of other pages in this section below.