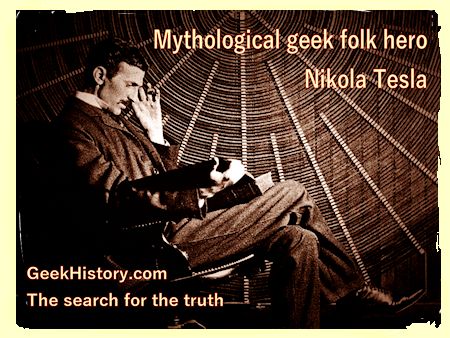 Exactly what ideas of Tesla did Edison steal?

During the time Tesla worked for Edison they were on different sides of the argument. Tesla hoped to show Edison his ideas on AC (alternating current) but Edison refused to look at them because he was pushing for DC (direct current) as the preferred method of electrical power distribution. Tesla's patents on AC (alternating current) were purchased by George Westinghouse, and Tesla worked with Westinghouse to defeat Edison in the War of Currents.

The myth that Edison stole Tesla's ideas is rooted in Edison's legacy of creating an invention factory where Edison used his staff to develop ideas and turn them into patents. Some point to the concept of the invention factory as the reason for his success, critics say Edison took his invention factory too far, and Edison took credit for any individual creativity by his employees. How is Edison's invention factory any different that the large number of engineers, designers, and programmers working for Microsoft or Apple, but all we hear about is the success of Bill Gates or Steve Jobs? How many inventions and innovations made in the name of Apple or Microsoft were not the direct work of Gates or Jobs?

Tesla died broke because of Edison?

The myth making Tesla a martyr, that he died a broke and broken old man because of Edison, is a total head scratcher. In the war of currents, the battle of AC versus DC, Tesla was victorious. In the 1890s. Tesla defeated Edison teamed up with George Westinghouse, and was paid well for his efforts. I've seen remarks made on the internet such as "Tesla was cheated by both Edison and Westinghouse and died in poverty." It's sad to see people make misguided remarks saying that Westinghouse cheated Tesla. In the article "Industrialist George Westinghouse used Tesla power to defeat Edison" we describe in detail the work that Tesla and Westinghouse did together, and how Tesla was paid for his efforts.

Tesla was a humble and broken old man?

Critics of Edison have said that Edison's greatest invention was his own fame. Fans of Tesla paint a picture of a humble and broken old man that didn't seek fame. Tesla was at just as much a showman and pitchman as Edison and he understood how to work a crowd. Tesla hung out at New Yorks finest restaurants mixing it up the New York elite. That's how he would meet his famous investors like J.P Morgan and John Jacob Astor.

In 1899, Tesla used money he received from John Jacob Astor IV, one of the richest people in the world at the time, to build a new laboratory in Colorado Springs. Various accounts say that Astor was not happy with Tesla, and thought he was deceived. Astor thought he was investing in a new lighting system, but Tesla used the money to fund his Colorado Springs experiments.

In 1900, Tesla convinced John Pierpont "J.P." Morgan to invest $150,000 in him so he could build a trans-Atlantic wireless communication system. J.P. Morgan had significant influence in the world of corporate finance the early 1900s. Tesla lost favor with J.P. Morgan for similar reasons to his falling out with John Jacob Astor IV. Morgan believed that Tesla did not use the money for the purpose of his original request.

In 1918, Tesla moves to the Hotel St. Regis. After running up a balance of over $3,000, he was forced to leave. Tesla moved to the luxurious Hotel Marguery on the west side of Park Avenue. In 1925, Tesla rented another room at the Hotel Pennsylvania while continuing to rent the room at Hotel Marguery. Tesla had many pigeons he fed and cared for, in 1930 Tesla was asked to leave the Hotel Pennsylvania after residents complained about the droppings from his pets, and he fell behind in his rent. In 1930, moved to the Hotel Governor Clinton. Once again falling behind in his rent Tesla was forced to move.

Various accounts claim different reasons for the Westinghouse Corporation coming to Tesla's rescue, but Tesla would move to the Hotel New Yorker in 1934, with the rent paid for by Westinghouse. One story is that Tesla was hit by a taxi on the streets of New York and injured, Westinghouse executives agreed to pay his room and board for the remainder of his life.

For much of his life spent living in New York, Tesla moved from one upscale hotel to another. If you look at what Tesla received for his work with Westinghouse, along with the investment money from Astor and Morgan, he received the modern day equivalent of several million dollars. While the story of his life may tell us he died broke, it does not paint the picture of someone who lived in poverty and never got a fair break.

Why is Thomas Edison more famous than Nikola Tesla?

Even if Edison wasn't as smart as smart as Tesla he wasn't a fool. In the introduction to geek history we discuss what is an invention, and who gets credit for inventing things. In the case of many inventions, it goes beyond just having an idea. Sometimes it even goes beyond building a prototype and proving the concept. Edison did not invent the electric light bulb, but he was able to develop a light bulb that was practical. A lot of the legacy of both Thomas Edison and Henry Ford has to do with the image they created for themselves. Edison and Ford build companies, they forged partnerships. Some people see capitalism as inherently evil. If that is true, it is a necessary evil.

In the PBS documentary "Tesla Master of Lightning" Tesla's grand-nephew William Terbo explains the downfall of Nikola Tesla. "He was totally disinterested in business. He did not make the relationship between the importance of business and the importance of his invention and discovery."

Many of the things that Tesla allegedly invented were not developed in a university laboratory where the processes were witnessed by experts or scholars, they were not in the course of business, as was the case with Edison and Ford. Tesla preferred to work out theories with experiments before implementing it with physical designs. Tesla created small private laboratories with a small staff where he was in total control.

A New York Times quote from Tesla on the death of Edison underscore the differences between the two inventors: "If he had a needle to find in a haystack he would not stop to reason where it was most likely to be, but would proceed at once, with the feverish diligence of a bee, to examine straw after straw until he found the object of his search. I was almost a sorry witness of such doings, knowing that a little theory and calculation would have saved him ninety per cent of his labor."

Tesla was one of a small group of engineers working on AC in America in the mid 1880s, but he was not the only one. Many of the "inventions" of Nikola Tesla were not the sole idea of Tesla but were one of many scientists and inventors. When Tesla teamed up with Westinghouse, the concept of AC power generation was already being developed by the Westinghouse company, Tesla helped to improve upon the process and the product. His partnership with Westinghouse was his greatest success. It was also one of the few times where Tesla was on a team, rather than working alone.

In our next article we will take a look at Tesla's relationship with inventor and entrepreneur George Westinghouse. When the phrase "War of Currents" is mentioned most people are quick to say that was the great battle between Edison and Tesla. What often gets lost in the conversation is that Tesla and George Westinghouse worked together to win over Edison.

The legacy and legend of Nikola Tesla

We have tried to contrast and compare Tesla and Edison, and look at some of the common misinformation of the internet. There is so many claims to who invented what, we have not even touched on Tesla's claims to inventing radio, x-rays, and death rays. We could show a long list of inventions by Tesla, as well as Edison, and illustrate the discoveries that came before them. But that does not change the fact that Edison and Tesla were both visionaries and geeks. Both men had their own way of looking at things and coming up with ways to improve upon them.

We are not trying to take anything away from the accomplishments of Nikola Tesla. The constant bickering on who was the better inventor, followed by endless rants of misinformation, serves no purpose. Some of the conspiracy theories about why Tesla failed get pretty wild. There are those that point to the government who shut Tesla down because of his death ray that would end all wars. The real conspiracy is why Tesla is so popular on the internet and who is starting all the Tesla myths and legends?